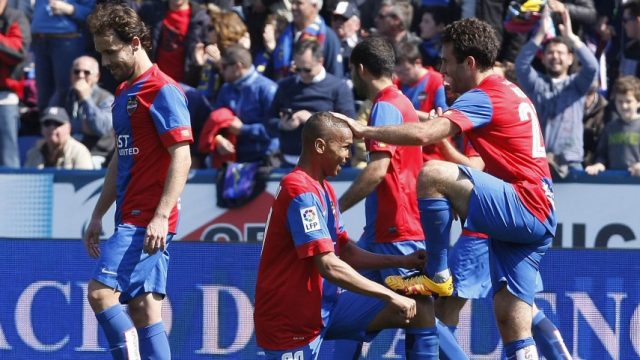 Deportivo Alaves vs Levante
Deportivo Alaves hosts Levante in the 23rd round of the Spanish La Liga. Below we will offer you best football predictions for today !
Deportivo Alaves finished 14th last season in the Spanish Championship, but the current campaign is a lot more successful for the team. Currently, El Glorioso is on seventh place in the standings with a 32 point asset, as is the sixth in the Real Betis table. Deportivo Alaves has more modest financial capabilities than teams behind them in Valencia and Real Sociedad, so the hosts have to be happy with their seat in the table at this stage of the season.
Deportivo Alaves’s team was even in the Top 4 at the end of the first half, but then their level of play dropped and the results were not good. Abelardo’s host coach even said that the main goal of the team remains to remain in the elite, although the team is only 4 points from Top 4. In the last round, Deportivo Alaves lost to Real Madrid with 0:3 but the upcoming match will be quite different. Alaves’s team will control the game and will have many more goals. El Glorioso have won 50% of their home games this season as they score an average of 1.10 goals per game. Deportivo Alaves lost to Rayo Vallecano with a minimum of 0:1 in his last game of Estadio de Mendizorroza and will now seek to return to the winning road to his own fans.
The guests at this match, the Levante team, rank 13th in the standings with 27 points being four points above the danger zone. The Frogs perform well away from home, winning only 27% of their matches on a foreign pitch in the 2018/19 season. Levante, however, scored an average of 1.36 goals in their away games – 19 goals in 11 games. We think Paco Lopez’s students have the strength to find the net in this match after Deportivo Alaves is not in the best shape and we would bet on the BTTS option as the hosts would have to scribble after their rival 15 naked in their last five away games.