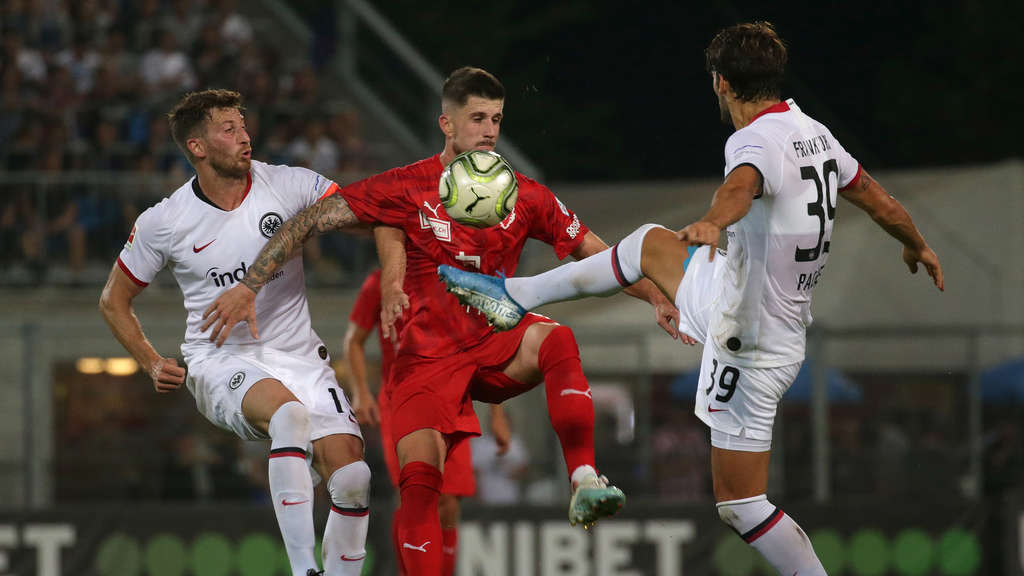 Eintracht Frankfurt host FC Vaduz in a rematch of the third Europa League preliminary round. We offer you paid betting tips today, below.

The Eintracht Frankfurt team left no doubt as to their superiority over this rival in the first leg, winning their visit to Liechtenstein 5-0. A few days later, Eintracht Frankfurt scored five more goals in the door of the amateur Waldhof Mannheim in a match against the German Cup. Waldhof Mannheim made it difficult for his opponent and even had an advance in the match, but in the end, the larger individual class and experience with the Eintracht team made a point and the elite team went ahead in the DFB Pokal.

Eintracht fired 25 shots at the opponent’s goal in the first game, eight of which were in the outline of the goal. The German team dominated completely and are expected to see more from the same on the rematch. The main question seems to be how many goals will the Eintracht Frankfurt team win, as the hosts will continue to save power and want to be in top form for the start of the Bundesliga season. Eintracht Frankfurt have won 10 of their last 13 home matches in the Europa League, which is an impressive achievement. Last season, the team beat the home teams of Lazio, Marseille and Benfica, so there will be no problems against Vaduz.

Vaduz is leaving for Germany with no hope of qualifying for the next phase. The visitors created a big surprise last round after eliminating Hungarian MOL Fehervar with a 2-1 overall result. However, Vaduz did not manage to confront Eintracht Frankfurt on its own pitch and, in front of the crowded stands of Commerzbank-Arena, will have a chance to leave with a positive result for Liechtenstein.

Adi Hutter alumni will try to achieve a second home win in the tournament this season. Eintracht outplayed the Estonian Flora 2-1 in the last round, this time predicting more convincing success for the German team, expecting success with at least two goals for the hosts.
Paid betting tips : 1, AH Home -1,5